Tips For Adulthood: Five Ways To Help A Friend In Crisis 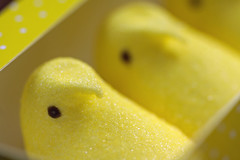 Several of my friends are undergoing personal crises right now. Some are seeing long-term relationships come to an end. One friend has bedbugs and needs to vacate her apartment ASAP (and toss out all her furniture). Another friend just discovered that his former partner has cancer. Here’s a story in the New York times by a guy I don’t even know (but could) who hit rock bottom when he was unemployed.

It’s hard to know how to counsel friends when they are in the midst of a severe crisis. But here are a few things that I’ve learned along the way:

1. Reach Out. Sometimes we’re afraid to reach out to friends in acute crises because we think that they’ll be embarrassed or ashamed. And sometimes we just don’t want to deal, either because their problems hit too close to the bone or because we’re so submerged in our own issues and can’t come up for air. But just as it’s important not to ignore physical pain in ourselves, it’s equally important not to ignore emotional pain in those close to us. If a friend is contemplating suicide, for example, it’s important for him to know that you don’t want to live in a world that he’s not part of. Many crises occur because people feel isolated and in despair. Let them know that you’re there and that they matter to you.

2. Listen, Don’t Give Advice. But as important as it is to reach out, it’s equally important to understand what your role is. It’s very tempting when confronted with someone else’s pain to try and fix it. That’s always my first instinct. But chances are whoever you are talking to is already getting lots of advice anyway (some from paid professionals). So the best thing you can do is to listen and let them know that you hear their pain. This is especially important in the wake of a break-up or divorce where there are often dual (and dueling) narratives as to what actually happened. (Note: this is also really good advice for raising children; most of the time you should listen to their problems and acknowledge their hurt  – no matter how absurd it may sound – rather than telling them what to do.)

3. Emphasize the Positive. This sounds obvious but it can be difficult if your friend is relentlessly negative about his or her situation. Try to find something – anything – that might give them hope. One of my friends was sending out increasingly bleak emails to a close circle of friends. While acknowledging his pain (see point #2), I also told him that his ability to describe his predicament with such clarity and conviction was itself a positive, because it meant that he understood himself incredibly well – and was finding a creative outlet to express this.

4. Send Them Something. One way to let a close friend know that you’re thinking about them is to send them something thoughtful. Right after my father died last March, one of my friends sent me a care package for Easter filled with frost-them-yourself cupcakes and some of those tiny yellow marshmallow chicks they sell in America at Easter time. She knew that my father used to send me weird stuff in the mail all the time and this was her way of saying “I’m thinking about you.” But it doesn’t have to be a present. I often send friends who are sad e-cards to brighten up their day. Or poems. Or song lyrics. Or articles I come across that speak to what they’re going through. It’s a non-invasive way of letting them know that they’re on your mind.

5. Recognize Your Limitations. But perhaps the most important thing you can do is to recognize that you aren’t God (or your all-powerful being of choice.) I recently came across this post by a friend on Facebook and it spoke volumes to me: I find it enormously heartbreaking to watch someone I love suffer under the weight of severe depression. I feel so useless. It’s really hard to accept that – at the end of the day – there’s only so much you can do. But you can save yourself a lot of unnecessary grief if you acknowledge that you aren’t in control. You can’t fix this person’s life. You can only show them love.

Image: peep by thelouche via Flickr under a Creative Commons license.