Tips For Adulthood: Five Signs You Think Like A Man 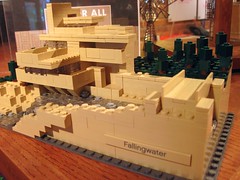 A few weeks ago, I posted a link to a quiz on the BBC website called Sex ID that purported to let you know whether you think like a man or a woman. (Warning to those who have yet to take it: the quiz lasts about 20 minutes.)

If you managed to make it through this quiz, you’ll know that a lot of the tasks that they have you do boil down to whether you’re good at reading maps and judging the angle of parallel lines (more typically male traits) vs. whether you can read people’s expressions and identify with them (more typically female traits.)

I’ve since been informed via The Guardian that a new study is out showing that behavioral differences between the sexes are not, in fact the result of fundamentally different wiring in the brain, but rather the result of societal expectations.

Be that as it may (and I’m sure that this is one of those debates that will rage into eternity and beyond), I’ve been giving the whole male vs. female thing some more thought since taking that quiz, where I scored (huge sigh of relief?) as a prototypical-thinking woman. Here are some further indicators I’ve come up with that shed light on whether or not you think like a man:

b. You like to talk about gadgets. I’ve posted many times on this blog about my husband’s penchant for gadgetry. I don’t think that’s an inherently male trait – many of the things he’s bought for us have been hugely useful and I like them as much as he does. But there’s using them and then there’s talking about using them. And I’ve noticed lately that guys like to spend an inordinate amount of time cataloging, describing and comparing gadgets in a way that women don’t.

c. You read David Pogue’s column in the NYT religiously. Which brings us to a corollary of (b) – David Pogue’s technology column in the New York Times, Pogue’s Posts. Don’t get me wrong. If I’m in the market for a new cell phone or a digital camera, I turn to Pogue first. The guy is unbelievably knowledgable about technology and a terrific writer to boot. But as generic reading material on the order of “Here’s how I’m going to spend my breakfast?” Not so much. Whereas my husband is glued for hours.

d. You like playing strategy games. This may have actually been one of the questions on the BBC quiz; I can no longer remember. But since taking that quiz, my son and I happened to open up Othello, a game that one of his friends gave him for his birthday last year. It’s one of those deceptively simple games that actually requires an enormous amount of strategy on the part of the players. If you’re like me, you take the easy route on this game, maximize your winnings as you go, and ultimately lose. If you’re like my son or my husband, you look like you’re losing all the way along but at the very last minute you win because you’ve been thinking like 6 moves ahead the whole time. (Ditto Settlers of Catan, the greatest game of all time.)

e. You (still) like assembling Legos. Someone recently gave my husband one of those adult Lego kits. It was a model of Frank Lloyd Wright’s famous Falling Water home (see above), a painting of which is hung in our living room. I think Legos are really cool, especially this new architectural series. But, much like gadgetry, it’s something I’d rather admire than actually build. So if this had been given to me as a present, it probably would have languished somewhere in a closet, taking up space on my never-ending “should” list. Whereas my husband spent weeks with the kids building this house, which now adorns the mantle in our living room right in front of our picture. (He’s in good company, btw. Apparently, to kill time during a recent trip abroad, English football legend David Beckham confessed that he spent a night in a hotel constructing The Taj Majal.)

As I read this over, I realize that it may provide more of an insight into my marriage than it does into generic male/female brain differences. Then again, I do think that having a division of labor is key to a happy marriage, so maybe that’s a good thing!

Image: falling water lego side by happy via flickr under a Creative Commons license