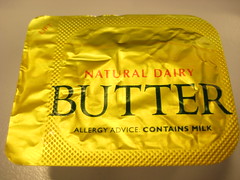 Woven into the many and varied items on my to-do list this week – which range from getting my haircut to helping my husband edit one of his academic papers to writing, oh, about 6,000 blog posts – is to be sure that every day, right before I pick up my son, I also pick up some tuna sushi.

Don’t imagine for one moment that I’m doing this for myself. I dislike fish…I hate sushi…and I almost never stop to eat once the whirlwind, 90-minute after-school pick-up run is in motion. (If only!)

No, I’m assiduously folding in a stop at Hi Sushi every afternoon this week because last week, my son officially passed an in-hospital food challenge for tuna. Which means that now that it’s safe for him to eat tuna, he needs to keep eating it for the rest of his life. (Specifically, three times a week for the next fortnight and once every two weeks thereafter.) More on that below.

Dealing with food allergies is so woven into my life at this point that I sometimes forget how little the rest of the world knows about them. (An immunologist once told me that they are also quite poorly understood by the medical profession as well.)

So for those of you who have a child with a known food allergy, fear that your kid might or simply wonder what is *up* with all those people freaking out about peanuts on an airplane, here are five facts about parenting kids with food allergies:

1. The science is changing. True, allergies may not be well understood vis a vis other common childhood diseases. But as the number of children suffering from food allergies continues to grow (according to a 2008 study by the Centers for Disease Control and Prevention, 3 million U.S. children have food or digestive allergies, affecting nearly 5 percent of all children under 5), we are learning more about the causes and treatments of food allergies with each passing year. And the science is changing. A fascinating recent article in The New Yorker detailed the nature of these changes which – excitingly for me – are being carried out by a research team here in London at my son’s allergy clinic. (Summary here; subscription for full article.) The thrust of the article is that whereas the conventional wisdom once held that infants with food allergies should avoid the foods at all costs (unless and until they outgrew them), the new thinking is that the best way to treat allergies is to “desensitize” infants by exposing them to the allergen in small increments over time.

2. Allergies come and go. As noted above, my son has just outgrown his tuna allergy. Last year, he outgrew his peanut allergy and a few years before that, his soy allergy. That’s the good news. The bad news? Allergies can also strike at any point. My son wasn’t always allergic to fish. Or to sesame. Until he was about four, I regularly fed him fish sticks from Whole Foods (egg and milk free!) as well as sesame bagels. But around the age of four, he could no longer eat cod or any other white fish without breaking out in hives (an allergy which persists, along with sesame.) And that’s precisely the reason that now that we know that tuna is safe, we need to keep giving it to him for the rest of his life, lest the allergy come back.

3. Alternative tests don’t work. The two main diagnostic methods for identifying food allergies are skin prick tests – in which potentially troublesome foods are scratched into the skin and any resulting swellings analyzed – and IgE (immunoglobulin) blood tests, which check for specific antibodies. But at least according to Britain’s National Health Service (NHS), alternative tests for children’s food allergies – such as hair analysis or muscle weakness – should be avoided because there is little evidence that they work.

4. Mistakes happen. If you have a kid with potentially life-threatening food allergies as I do, you can kill yourself trying to eliminate every last possible trigger that might plausibly induce an allergic reaction. But you know what? Sooner or later, someone’s going to make a mistake. You’ll accidentally pour the wrong milk into his cereal bowl. (Guilty.) Or you’ll go to a restaurant and even though they’ve assured you up, down and sideways that  – no, the brocolli really wasn’t cooked in butter – it was. I once watched a two-year old with an egg allergy cavalierly march up to the table at a bake sale when his father wasn’t looking, down a blueberry muffin and – within minutes – turn blue and require an epipen. I almost fainted, with my own severely-egg-allergic child looking on. But you know what? I also learned a valuable lesson. The kid was fine afterwards. His dad (who administered the epipen) was calm throughout. And I realized – once again – that Sh%$ happens.

5. Don’t feel sorry for kids with allergies. If I had a dime for every time someone (well-meaningly) said to me: “Gosh, I’m so sorry for your son that he can’t eat… pizza…ice cream…milk chocolate…[fill in the blank].” But you know what? He’s fine! He doesn’t care that he’s never eaten ice cream because he doesn’t know what he’s missing. To him, dark chocolate is a luxury. So is marzipan (almond being one of the few nuts he can tolerate.) And the fact that he can’t eat most junk food means that he’s way healthier than most of his peers. (I have a friend whose ten-year-old son recently grew out of his milk allergy and she didn’t even tell him because she doesn’t want him to start eating Hershey’s bars.) Those of us who live this life know no other. So don’t feel sorry for us. But yes, by all means bring along some vegan donut holes the next time you drop by. Surprisingly tasty!

And speaking of which, I really must run. Hi Sushi beckons…