My Working Class Holiday In England 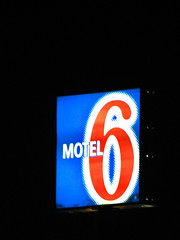 Part of the beauty of being an expatriate is that just when you think you really “get” another culture, you find out that you actually don’t, and peel off a whole new layer of understanding.

My first inkling that I still had way more to learn about the UK came several years ago, when I first grasped the profoundly important place of alcohol in British culture.

I had another such realization this past weekend, as my family and I – by virtue of attending a chess tournament for my son – ventured out to sample a working-class holiday camp in England.

Yes, that’s right. A “working-class holiday camp.” Americans in the audience may be scratching their heads at this point, since there really isn’t an equivalent in the U.S.. I guess the closest thing would be the sprawling family vacation resorts out in the Poconos Mountains or up in the Catskills, but I’ve been to some of those resorts and they don’t even approximate what I’m describing.

Imagine your worst Motel Six – the grimiest, most fleabag hotel room you’ve ever frequented –  and then add another 800 rooms or so to produce an endless, Soviet-block style chain of  purpose-built “chalets” (I use that term advisedly) where people come to vacation en masse.

Now add some chipped pastel paint, a handful of broken down children’s rides (several of which have been condemned and are covered in yellow tape) and an all-you-can-eat buffet for two quid (roughly three bucks) and you will begin to get the picture.

But the picture would not be complete without the odors. Everywhere you go on this compound, you confront an array of different scents- some smelling of urine and cheap alcohol, and others entirely unrecognizable.

And then there is the smoke. Almost everyone we met was smoking a cigarette. When I saw a couple simultaneously ash on their toddler’s stroller (buggy), I knew we weren’t on the Hampstead High Street anymore.

As my ten year-old son summed it up: “This place is just sad.”

I say all of this not to denigrate the place, sad though it truly was. The problem has more to do with me, with how utterly gob-smacked I was – to employ an English term – when I arrived and began to take it all in.

And that’s because – let’s face it – this was not an England I’d encountered before. I say this as someone who lives in an urban environment, has a daughter in a quite diverse state (public) school, and has relied on public transport nearly every day since moving here five years ago.

And yet…I somehow hadn’t grasped that there was such a thing as a working-class holiday “camp.”

Of course, I should have known. Britain is famously class-conscious. While I’ve never bought into the American myth that we are a classless society, “class” is not a vocabulary or paradigm that we Americans traffic in. (We have other narratives and other dividing lines.)

But here in the U.K., people are not only acutely aware of social class, they don’t even pretend to hide it. There’s actually a new book out entitled Chavs: The Demonisation of the Working Class, which argues that to laugh at, ridicule and despise working class people has now become socially acceptable. (Chav is slang for working class.)

That may or may not be so. But it is definitely the case that the thatched roofs, rolling hills and tea and scone England that we’ve all come to know and love (helped in no small measure by the recent Royal Wedding and hullabalo around it), does not even come close to approximating the reality of the touristic experience on offer.

Am I mortified that I, too, seem to have bought into the whole Shakespearean, ye-olde-worlde vibe that is still the signature mystique around this country (at least to its quaint, country-bumpkin cousins on the other side of the Atlantic)?

You betcha. (To coin a phrase from a quaint American female politician.)

But there it is.

And now, the bloom is off the rose. I can officially state that I see my host country not just as the average tourist sees it, but from the inside.

I wonder what I’ll learn next.

Image: AboveUs by brutalSoCal via Flickr on a Creative Commons license

Image: AboveUs by brutalSoCal via Flickr under a Creative Commons license.

One volunteering initiative that’s really called my name of late is  Senior to Senior, which...