Coping With Exes In Adulthood 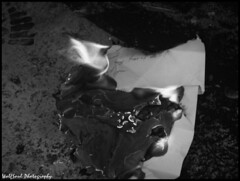 Breaking up is hard to do. So said Neil Sedaka in that 1962 Billboard classic.

It was as true then as it is now, whether you’re in your teens or in your forties. So how do you actually move on after a broken heart?

Sometimes, time really does heal all wounds, and you’re capable – over time – of becoming friends with a former lover. I’m still close with one of my exes. So is my husband with one of his. These are people we exchange holiday cards with, make a point of visiting when we’re back in the States and even count their spouses as friends. In both cases, these exes form part of a larger social circle that helped to reinforce the transition to “friend.”

In another case, an old boyfriend contacted me out of the blue last year to give him some marital advice. Miraculously, it worked. He now credits me with playing a key role in keeping his marriage together. Somehow the act of helping him out in an impartial way enabled us – many years after the fact – to reunite as friends.

Of course, it’s not always that easy to make the jump to being friends. One friend of mine has solved this problem by continuing to sleep with his ex-girlfriend of 20 years ago well into his forties. In keeping with that old college adage that “It doesn’t count if it’s an ex” (Oh, to be 21 again!), he simply hasn’t moved on. For what it’s worth, this is also the strategy employed by business partners/sometime lovers Mikhael Blomkvist and Erika Berger of Dragon Tattoo fame. In the Stieg Larsson trilogy, Berger’s husband knows all about it and doesn’t mind either. (It is Sweden, after all.)

Alternatively, you can go the route of writing a letter to your ex. By expressing – longhand – all the things you still feel towards him or her, you can sometimes expunge any last traces of desire or remorse still swirling around inside your belly. This was the tactic adopted by my Politics Daily colleague Andrew Cohen, in a much-trafficked love letter to his ex earlier this week entitled “On Her Wedding Day: Saying Things Left Unsaid.” Whether you should go public with such a letter – or, as my colleague Suzi Parker suggests, “put it in a box and set it afire in the bathtub” – is ultimately your call. (If you want a quick primer on why you might want to think twice before publishing said missive, click here, here and here in that order, and then run for cover.)

You can also cyber-stalk your ex by “friending” them on Facebook to keep tabs on them from a safe distance.  My colleague Sarah Wildman has a terrific piece on why that’s quite possibly not the best idea either, despite the appeal on some emotional level. It’s not just because casual On-line relationships can easily lead to the real thing. Rather, it’s because, as Sarah concludes, “some doors, however easily unlocked, are meant to remain closed.”

So where does that leave us?

I’ve often found that music works well if you want to “go there” without really “going there,” if you get my drift. At different points in my life, I’ve listened to Simple Minds’ Don’t You Forget About Me, The Grateful Dead’s Looks Like Rain and Silvio Rodriguez’ Mi Unicornio Azul when I wanted to cry into my beer.

At the end of the day, as I’ve written before, acknowledging the road not taken is just one of those bitter truths of adulthood. Sometimes you end up loving the wrong person. Or maybe – to quote that curl-up-in-a-fetal-position Dire Straits classic, Romeo and Juliet –  “it was just that the time was wrong.”

Either way, life goes on.

How have you coped with a love that wasn’t meant to be?

Image: Love Letter by Wolfsoul via Flickr under a Creative Commons license.